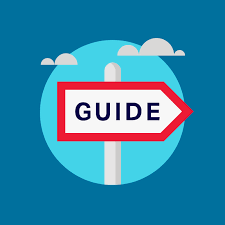 Perhaps you dont even know what your professional strengths, preferences, and limitations are yet. Thats fine, too. Either way, its not advisable to tackle the research of hundreds of business opportunities on your own. (Thats why you wont find a how-to manual for accomplishing such a feat in this blog.) Instead, allow us to direct you to those who are uniquely qualified to help you!

We are changing lives by introducing people to business ownership, explained Visconti.

The reason Franchise Consultants enjoy such a great success rate, according to Visconti, is that they are great listeners. Each candidate has different needs, goals, and aspirations, she said. Besides being a great listener, compassion is another important trait for an effective Franchise Consultant. Visconti continued, You are working with people who are going to be in transition. Owning a franchise for the first time is a big step.

Keep an open mind; A brand you may think is perfect for you might not be the right business model for you, stated Visconti, who serves as an advisory board member and committee member on several IFA initiatives, including the Diversity Board and VetFran.

So how does a Franchise Consultant help a candidate? Its a multi-step process where the Franchise Consultant engages in numerous conversations with a candidate to learn what their true passion is. They delve deeply into the candidates likes and dislikes. For example, does the candidate want to have a big staff, or would she prefer to be a one-woman show? Are flexible hours important, or is a set schedule part of their future picture? Does he dream of manning a storefront, or is being on the road and going to the customer more appealing?

There is a lot of hand-holding that the Franchise Consultant provides throughout the due diligence process. Fears will come up. Its natural. But moving forward despite fears that come up is what makes the difference, explained Visconti. You have that excitement and fear. The true entrepreneur feels the fear but takes a baby step and moves forward. It means you just dont stop when fear sneaks up on you.

Ready to Get Started?